Political reach, state fragility, and the incidence of maritime piracy and pirate organizations, 1995-2016 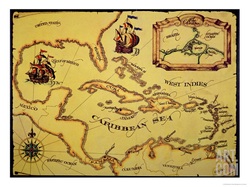 According to the International Maritime Bureau (IMB), pirates carried out 297 piracy incidents, 28 hijackings, and took more than 500 crew-members as hostages 2012. Yet despite the resurgence of piracy and the economic and security concerns associated with it, academic researchers have neglected the study of this often violent activity. Indeed, research on maritime piracy consists mostly of case studies of countries or regions with particularly pressing piracy problems. We therefore lack systematic explanations and analyses of piracy. While several international organizations (such as the IMB) collect information on piracy incidents, no unified data source exists to date. In addition, data on incidents collected by these organizations provide almost no information on the pirates and their organizational structure.

This project pursues four objectives to alleviate the above shortcomings. The first goal is to provide a comprehensive and novel theoretical explanation of piracy. Existing studies of pirate prone regions identify state capacity and economic opportunities as the main drivers of piracy. Yet, we believe that such arguments neglect the importance of geo-spatial conditions and the extent of a government’s political reach. We argue that the effect of state capacity and economic opportunities on piracy is a function both of the government’s ability to project power over a country’s entire territory as well as certain geographic constraints faced by governments and pirates. It is therefore expected that government reach – a function of the distance between a country’s capital and its coastline, or the length of a country’s coastline - conditions the effect of other factors on piracy. Second, to evaluate these expectations systematically, the authors propose the creation of a comprehensive database on piracy incidents that combines information from all four organizations currently engaged in data collection. Existing data sources suffer from diverging or incompatible formats, partly overlapping data, or a lack of public access. Third, to address the lack of information on pirates and their organizational characteristics, the project involves expert surveys in several countries identified as particularly piracy prone. To our knowledge, this is the first attempt to collect data on pirate organizations. Finally, we intend to use geo-spatial and causal modeling methods to forecast piracy events into the future, which we believe will benefit policymakers interested in identifying at-risk states and other maritime areas.

The PIs intend to collect data on piracy incidents based on reporting by the four major organizations involved in collecting piracy data. The data will be uploaded into an online database with mapping capabilities and will be available in incident, time, and country-level formats. To improve existing knowledge of pirate organizations, the PIs will survey country and piracy experts. The surveys will include questions on pirate group location, size, ports used by the organizations, among others. Data for the MPO (Mapping Pirate Organization) project will be obtained in two distinct phases. In this first phase (U.S. Phase), scholars in the U.S. with regional and or country-specific expertise in four to six countries with persistent maritime piracy problems will be contacted via email by the PIs. These scholars will be notified of the research project, asked to complete voluntarily the online survey, and queried for additional expert contacts in the U.S. and in the piracy-prone countries selected by the PIs. The PIs have tentatively identified Somalia, Indonesia, Nigeria, Bangladesh, India, and Malaysia as foreign countries experiencing significant maritime piracy. A Phase II (Foreign Country Phase) of the data-collection project will be proposed after host country permissions are obtained. The PIs will contact experts in the piracy-prone countries that have been identified during Phase I.

Maritime piracy represents a post-Cold War challenge to U.S. and international security and remains underexplored. Yet understanding the incidence and evolution of maritime piracy in multiple contexts is essential for developing effective government policy and clarifying public perceptions of the pirate threat. In order to craft effective counter-piracy strategies, governments need to know where and why incidents are occurring, but also how pirate groups are organized and carry out their attacks. Improving our understanding of the determinants of piracy thus has several implications for national defense.